Starting time is 18:00 (GMT +1) If the cup get's enough registrations it will be extended!

Don't forget to ready up before before the cup starts! Teams who are not ready on tournament start will be replaced by other teams.

All matches are played as BO1, except for the final, which is BO3

Loser of pb picks side on chosen map

You pick sides on each others mappick and if you play decider you pistolbash for side, unless both teams can agree on picking sides

CGAC:
The use of CGAC is mandatory and players need to have their anti-cheat running during the entire match using the matchid, which is created on the tournamentpage

1.1 Contact Us
The LetsPlay.Live Support System is the primary method of communication between players and administrators. A support ticket should be created in any instance where the player has any questions, concerns or issues regarding any aspect of the competition or at any point in time where a player feels it necessary to contact an administrator. You can find us on Letsplay.Live Discord (this link will expire after one day)

By joining this LetsPlay.Live Tournament I acknowledge that I have read and hereby accept and agree to the site Terms and Conditions, Anti-Cheat Policy and all rules and restrictions set in place by Letsplay.Live staff and administration.

I acknowledge that being able to participate in any ladder or tournament on this site is a privilege which may be revoked at any time, with or without explanation, at the discretion of Letsplay.Live staff and administration.

3.2 Player Eligibility
To be eligible to compete in Letsplay.Live competitions you must fulfill the following expectations as the player:
a. Must not have an active match or tournament ban listed on your profile.
b. Must have joined your team prior to a registrations closing.
c. Must have a CoD2 guid registrated on his account
d. Must not have a CoD2 guid banned on the Master Ban Index (MBI), playing with a banned CoD2 guid will result in forfeit loss

4.1 Team Activation
Upon creating a competition team you are required to have a minimum of 1 players invited to and in acceptance of the invitation to join the team, in order to activate the team before you are able to begin a challenge. Once the minimum number of players has been fulfilled you are then able to interchange the roster at team discretion.

4.3 Team Captains
Each team must nominate at least one player to undertake the responsibility of team captain. The team captain is responsible for accepting and scheduling challenges, adding and removing players from the roster, ensuring match scores are submitted correctly and lodging disputes if deemed necessary.

The team captain has an obligation to the other members on the team to behave professionally and represent the team in a sportsmanlike manner. The team captain is responsible for his teams behaviour during CyberGamer and is thus accountable for any outcomes thereof.

By default, the founding member of the team will be set to captain and can delegate further duties as seen fit.

4.4 Team Name
Letsplay.Live team names containing any of the following will not be tolerated: profanity, racism, sexism, drug use, silly or too big in size. Refusing to change a team name or repeat use of an inappropriate name will result in punishment. Letsplay.Live teams may not use the name of a team in which is not theirs (as interpreted by Letsplay.Live staff and administration).

5.1 Match Scheduling
All matches will be scheduled via the CyberGamer tournament system.

All teams/players have a 15 minute period from the match scheduled time to show up and play their match. If a team does not show up by the end of this period, teams must enter the scores as 1-0 to the team who showed in the Letsplay.Live tournament system.

Teams have 5 minutes between each map/game mode. If a team/player goes over this period, you may forfeit the map at administrators discretion.

If a match goes beyond what is a reasonable allocated time both teams are subject to forfeit at administrator discretion.

5.2 Seeding
Seeding is done at random per the Letsplay.Live tournament system the team seeds are done randomly. seed one (1) is the highest seed, seed sixty-four (64) being the lowest.

5.3.1 Server location
By default all matches must be played on EU servers, unless agreed upon prior to the start of the match in the match chat.

5.3.2 Server settings
- Servers must be original and not cracked.
- Server can have punkbuster turned off if both teams agree (due to current pb_kicks)
- Servers must have cvarlist enabled

5.3.3 Server general rule
By pressing ready up, you accept server settings and match should be played on that server untill the end, unless severe serverproblems start to occur.

5.4 Substitutions
Teams are allowed to use a substitube as long as this player was in the team before the start of the match. Teams using players who are added after matchtime will loose by forfeit.

5.5 Connection Issues
Not Applicable, game play will continue unless a match restart is valid. When huge serverproblems occur during the game, teams can request to change server

5.6 Spectators
Spectators for streaming/shoutcasting are allowed, if both teams agree

5.7 Broadcasting
Players are permitted to broadcast their own point-of-view in matches. This is only acceptable if there is a significant time delay (greater than 30 seconds) between real-time and the broadcast.

When broadcasting through a live streaming service or uploading recorded footage to a video sharing site; you cannot have 'Letsplay.Live' or any abbreviation of it within the title of the media. This may be seen as if you are representing Letsplay.Live to someone unfamiliar with the site, which you are not. You may only include this information with permission from an administrator.

5.8 3rd Party Communication
All 3rd party communication programs and systems are allowed to be utilized for team communication during matches. It is advised that your team captain is still easily contactable by the opposition (or referee if present) in the case an issue arises.

At least one member of each team should take a screenshot(s) of each match's results page in case proof is needed for a dispute.

5.10 Disputes
A dispute should be lodged by the captain on behalf of their team if there is a dispute regarding any issue in the match that is not resolved by the referee (if present). Disputes, depending on the complexity will be managed by either a referee or administrator and may take an extended period of time to resolve.

Disputes lodged should be accompanied with evidence provided in the form of digital video or video screen capture. It is difficult to resolve a dispute without evidence and may take a longer period of time than usual.

Making false or useless disputes will be dealt with at the discretion of an administrator and repeat offenders will increase the likelihood consequences if seen fit.

6.1 Cheating
Cheating is defined as, but is not limited to, the use of software/equipment to manipulate another user's connection, 'map hacks' or any other form of hacking/glitching content that presents a user with an unfair advantage over the opponent in any game.

6.2 Exploitation
Exploitation is defined as exploiting the in-game mechanics to give an unfair advantage over the opponent in any game.
Exploitation may cover the following examples:
- Fast reload
- Clipping (up shoot down)

4 Have a nice day

Teams that withdrew or were removed (21) 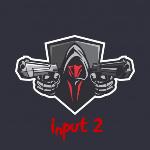 Match for 3rd place has been created: FEARLESS vs ARMIA

Grand final has been created: NEWERA vs ESPORTONLINE. 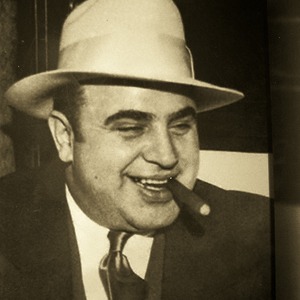 pha1l_ streams live on Twitch! Check out their videos, sign up to chat, and join their community.

I am from Kazakhstan hello

Tournament has started, the bracket can now be viewed. Teams will be entered into their first match shortly.

LOOKING FOR TEAM PM ME!