You just show up somewhere, be a big boy, see what happens. Last thing I will ever say to you. Remember it well.

I won't sleep till that day daddy <3
37 months ago

He is even continuing it here, so everyone can clearly see what a disgusting idiot this guy really is.

No point adding anything, except keep it up and you will regret it very much. Mark my words.

Just fill it in however you want man, I dont mind it :DDDDDDDDD. You will get ur buddy in here anyway because you cant handle a situation that started as a joke but exploded in ur head;)
37 months ago

We were playing a game of CG yesterday and skaffaboy was abusing me the entire time, while talking about my children and insinuating things about them, from start to finish. maav thought it was cool, I guess, so he joined in by the end of the game. Ser was doing something similar recently when we played them.

Now, I`ve been playing games online since you specifically were still in diapers and can take abuse/trash talking no problem, HOWEVER, there are lines that can't be crossed, like mentioning people's family and especially children, while making them objects of abuse. I will never forget such incidents and will not allow idiots who resort to such sinister rhetoric to attend events that I invest my time in. On top of that, in case of skaffaboy, as I've told him yesterday, he better not meet me ever again in person, as it will end very badly for him. That is not some random childish online threat, but a very serious promise from someone who does not allow his kids to be targets of abuse, above anything else in life.

So, let this be a lesson for you to think before you resort to saying such things next time in your life, online or anywhere else, there can be consequences.

My opinion on Duplexity team

You can record every match with mobile and use live option - doesn't matter. You were cheating and there's no joy playing against you and "players" like you.

My opinion on Duplexity team 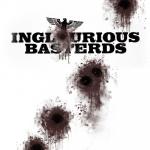 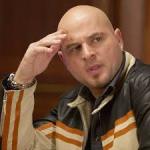