Damn how some people can be so ungrateful for work and time that @Hatton and @Vioqor are putting in.
AND everything is very, very well reasoned, yet same silly questions pop up time after time. Please, pay attention.
12 months ago

Firstly, some players accused neixz for using macro. Well, he was not in the list of banned players who used macro.
Secondly, some players accused him of wallhack. Well, he does the same mongol -like movements with periscope.
Thirdly, he is accused of using silent aim based mostly on twitch clips. Well, almost all those shots were on point when watched from demo.
Also, I accused him couple times and was always proven wrong.

Trust me, this is not a matter of heart for me, as myself and neixz will prolly never be such good friends. I'm very straight standing and fair guy, so despite playing in the same team I could call myself a really good judge here.

For @d3do and @Dutchboy I would like to say that in my opinion this was the only reasonable voting system, as only very few people are willing to put any time into this and form their own opinion instead of following plenty of misleading clips and texts. And @d3do what comes to periscope, first of all it should only be viewable for admins..

I wouldnt be saying all this and giving my time if I honestly honestly didnt think he is clean, coz yeah, I also would just like to enjoy playing..
13 months ago

Is this guy already banned or is he allowed to play? I found this thread accidentally and see he has not "banned mark" on his profile, what happened to this shithead?


No @askeslav, not yet. We had to open support ticket and make timestamps with 8 actions.
So, we opened it, and kspr were supposed to do the timestamps, as I already used too much time
in this, but now kspr is really busy with work. So its still open.
13 months ago

@kebit I read all the posts, but I would have to be doing this as my job to have time / interest to answer in every single one of them. So let me say I appreciate the time you are putting into this. What I do not appreciate is you saying I stated that for me it's fine to cheat in this cup.. sorry what?

Your earlier analysation was somewhat same than the last one, just different situation? I'm just curious of the fact that you can find these kind of shots from everyone, so yeah, quantity of them is more confusing.

Like I said before, no, I'm not 100% sure he doesnt cheat. Also, I can see many things that tells me he is clean. Therefore I'm gonna ask you to reveal your big secret how to find out whether he is dirty or clean :> Would sure be a big favour for all of us!

For last, dunno what are you talking about his weak performances when being viewed? Doesnt he literally stream almost 24/7 and yet perform well?

@kebit if you did the same with other flickshot hits/kills I assume you would find more of these from any player? https://clips.twitch.tv/SmallCrispyPastaDancingBanana here, atleast on normal speed, all shots (2nd kill not visible) are on point? Clip where he hits guy going a roof in toujane is fishy, atleast on twitch.

Yesterday he played p2p cupmatch with periscope and twitch on, also teamviewer stuff or whatever Hatton did before match. Dropped 18 and 20 plus something (18 rounds played per map). I know that doesnt proove much, but maybe its something. After that we played vs infinity. And what comes to his aim, its always shaky or as we made a joke about his "autistic aim".

I wanna ask couple things from anyone.
1. Would he lie to his in real life friends?
2. If he uses hack, why would he wanna be so obvious and not stay in the background for abit?
3. He has done everything anyone asked, like yesterday in p2p, stream etc etc..
4. He is very dedicated in everything he does so could he just be a really good player..?

Ofc I'm a bit defensive coz we started to play with him before all this and now being 10 feet deep in, need to think all point of views. 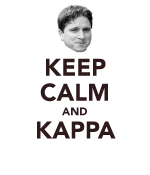 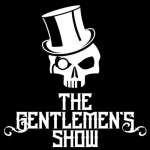