The amount of alcohol you and your teammates will consume before the trip, it gonna feel like teleportation. =D
27 days ago

thats what a cheteur would say lamo

go put your head in wc

I do hope, he will be able to bring this aim skill to the next lan.

GLHF on the tournament.

This does not make sense to me

This is my last post in this topic, so it will be long, but for a proper closedown, it have to be long.

I was the first who posted the very first fishy clip about neixz, and I asked he will be allowed to play on the cup. I made some clips, and some pretty well-detailed analyzations about shots, and moments, others did as well, we talked around this topic pretty well. Some of us took a bit more personal than it should be, but I can understand them as well. I can understand those ones who defending him still, regardless what will be the final verdict, because they 100% sure in that, that he is not cheating. What we know right now is these things.


Charges against him:
- He has at least one VACBanned CSGO account meanwhile he is/was a semi-pro CSGO player who played with some Hungarian folks (like gejmzilla and kory) and as I know, when he (neixz) was on lan, he did not performed too well. You still can check his performance on HLTV.org
- He has at least one well known CB account under the "Kenn" name, which is kinda strange cause he also have a VACBanned steam account under B a w w s - Kenn name, and because there are sites which logs your name changes in Steam, under his non VACBanned account he used to play under Kenn. Coincidence?
- He has pretty big balls in real life, and in the game as well. His behaviour is more than just being cocky. He threatened a lot of cod2 player that their chin will be kicked up. Before you would say lot of people said this before, and even more harsh things, the main problem here, that most of time from only the context you are able to tell or at least guess, he telling this in a funny way or he took it personally. My opinion what I said before that he is still a way too small fish in the tank. On Hungarian lans this "lets talk outside" stuff happened at least 4-5 times even with me once too, so I know how is these things work, but you can ask Kastely.
- We provided various clips about him, how is he abusing(?) or flicking the mouse in a way how nobody can do (even skz, spirit, bmble, ravezor) but still hitting shots what occurs once in a lifetime probably.
- Some of these clips was being answered (by me cause nobody took the time to go into details and read after some things) but there are still clips what is still waiting to be answered, for example that exact dawnville shot with mp44, or the toujane jumping shot from B roof, or the "full body cover" shot where he was able to hit danka twice behind full cover.
- Admins have to check his PC meanwhile he is playing with the game.
- Admins did find something CFG related stuff which was an "unknown cmd 9" command. I heard about this only right now, but this makes a bit more sens now, so again I could go into details if I would read after it, but I am already did some background research about him (neixz) and about what he can use (cheats) so I just simply let this pass, but just for only one sidenote.. still playing since 2007 and never-ever had something like this in my config, which would open an outside program, or would point somewhere outside of my game and open or inject something into my game and give me advantages, or even just a simple fast namechageing thing.
- Since he told pussy and others that their chin will be kicked up, he is laying low, and his teammates and others trying to defend him. Why not he is the one who defending himself?
- His playstyle is unremarkable, he does not check corners mostly, he just running around the map and reload shooting. In a teamplay oriented game like cod2 I don't think this is an efficent way to help your team, to achieve win, of course you can pick frags, but in some situations on some map, meanwhile you are in a disadvantage you still have some kind of advantages which cames from the spots what you are holding, for example Carentan, or Dawnville, Caen.
- He missed to record some demos before, and even to upload it.


Facts about protection:
- He allowed the admins to check his PC, and playing with teamviewer in the background and periscope.
- His performance dropped a little since the community have a pressure on him (or the admins pressing him).
- He took back a lot from his face and mouth.
- He uploaded a demo for me to check his shots.

Summarizing without being personal - because I was not personal in this whole thing - I still do think with my clips, and analyzation in my hand that he is used, and using something, and I cannot accept that he is allowed to play on the cup. I talked and I got messages from peoples, that maybe he is not cheating cause their managed to hit similar shots like that, but when I asked "man, you hit shots like that on a daily basis?" and the answer was always that "maybe he is just lucky, and his playstyle allows him to do this, and simply the game works like this", tho my answer still that there are far more better players than him with much more higher sens, and they don't hit these shots on a daily basis.
I will understand if the admins won't gonna kick him out from the cup, because first, he paid to be on the cup so he have the right to stay, also he is playing with outlaws so if he will be removed, superi have to search a new player and I doubt he is gonna find someone replacing neixz or if he finds someone (anfeli?) maybe he will be not on his level, but this is only one viewpoint. There is one more, which is cheating outside of the cup is totally acceptabble (until you did not get caught) but if you playing in the cup with teamviewer and periscope (meanwhile there is more evidence that he is using something or used something - nemesis was banned for less then this, and with a much more less in-depth analyzation) that is totally okey. I mean this is what I figured out from those comments what I received personally in here, and in other ways (like facebook).
I will going to play against him and I encourage others to do, because this is not "our" cup, not "our" rulebook, not "our" website, and not "our" anti-cheat system, regardless of the price what we paid to be here. Since we entered and paid the money we accepted the rulebooks and accepted every admin decision, so if the admins allowed him to play on the cup, then he is allowed, and personally I wanna play against him, even on LAN, but as I know cheating outside of the cup in an official cybergamer cod2 match, have an impact on the actual player who is participating on the cup.

As I said before, I stayed objective and I don't wanted to speak on behalf of another player, but I do think most of the community was with me in this. I wanted to raise awareness, and I do think I did without any drama, also if the admincrew finds him being clean, than what I / we did here worth it, cause it's still better to read all of this, and figure out step-by-step instead of jumping into stuffs which later leads to immediate ban without proper explanation.

This was my last comment as I stated out. 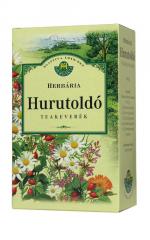 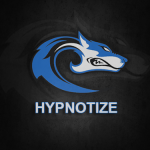