If teams want it to be streamed maby you should provide date etc here so they could prepare for it.

I can also stream some games if people want

I do hope, he will be able to bring this aim skill to the next lan.

GLHF on the tournament.

This does not make sense to me :)

I asked @Hatton @vioqor as well for an explanation as well on this one.

In fact all the 10 votes nobody voted that he was 100% clean. 40 procent voted that he is cheating for sure, the other people don't know it and voted for not sure, but prob not clean.

This simply doesn't add up at all. But hey it is their cup, therefore they simply refuse to answer this types of questions.
29 months ago

We understand that this probably doesn’t put this debate to rest instantly. But we hope that everyone recognizes the fact that we tried to handle this in the best way possible, and that the democrew came to a well-weighed decision.

Finally, a big thanks to the democrew for their time and effort!

NOBODY HERE VOTED NO NOT CHEATING, only yes cheating and not sure and you still rather let him play here. You two guys are a complete joke.

So nobody actually thought he was 100% clean right? And yet you called this a well-weighte decision? LOL BASED ON WHAT?


For @d3do and @Dutchboy I would like to say that in my opinion this was the only reasonable voting system, as only very few people are willing to put any time into this and form their own opinion instead of following plenty of misleading clips and texts. And @d3do what comes to periscope, first of all it should only be viewable for admins.. I wouldnt be saying all this and giving my time if I honestly honestly didnt think he is clean, coz yeah, I also would just like to enjoy playing..

It is not reasonable at all. It is reasonable when every captain of a paid team had voted. Because we all paid the same amount of money. Why in the world is there somebody who decides who is judging and who is not? BASED ON WHAT AGAIN? SEEDING? What a joke!

Btw you are calling it misleading? Even Twitch SUPPORT confirmed that there is no delay in the things that were captured. But you don't seem to get that as well, Jere it is this simple you changed 1 cheater for Another one.

But hey Enjoy the game, im out.
29 months ago

As you can see, he is instantly teasing everyone in another thread he created, so yeah the dude is definitely a great contribution to the community, is all I can say.

While I am not saying he should or shouldn’t be banned, I would like to know how were the teams that decide on this picked? As we’ve all paid to participate in this cup, it would have probably been fair to give every team a vote, otherwise you will create a situation where certain teams who were not approached might just refuse to play against him. Why did nobody ask sV, sisyphus, robots, obscure, us... of our opinion? While I understand that you are comparing the process to a ladder democrew, it is really not the same at all, as this competition has a very limited number of teams and they have all paid for their participation, meaning that they should all have the same rights and say.

Anyways, at least ask him to stop teasing people constantly, that definitely adds fuel to the fire and just makes your job harder..

Because Hatton and Vio think that only seed 1 teams are able to verdict on his case. Which is retarded anyway.

Like you have said, we all paid for this cup it would be normal to give every team a vote and decide based on those votes.

And btw Jack&Vio, guess this is the last time i joined a cup made by the two of you, and guess i am not alone :)

vioqor on the 21st of April 2020 Everyone is obviously free to refuse to play against anyone in this cup. But as long as the opponent is allowed to be in the cup, the result of that refusal is obvious as well.


And the results will be obvious? Well we all know what is obvious, but i guess you dont 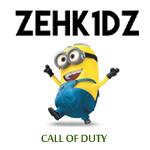 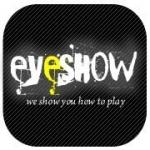 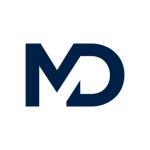