yeah i guess make screenshots mandatory then
11 months ago

It is first number of wins, secondly number of maps won, thirdly head-to-head.

- So what if it's a three way tie on Number of wins and number of maps won? - I assume we're going to round difference as you can't use head-to-head in a 3 way tie?
11 months ago

So how are tie-breakers in a group decided?
11 months ago

Great stuff. Obviously the tournament is supposed to be somewhat prestigious so letting everyone in doesn't make much sense. + the more teams there are, the lower the quality of games, the more no-shows and longer it drags out... the tournament loses value.

I do think we could have had 20 teams though, 4 groups of 5 seems a lot more fun, and it hardly extends the schedule (adds 1 bo3) and the prestige remains as not every Bob, Dick and Harry will be participating.

Maybe let each invited team choose 4 teams from the teams that applied but didnt receive an invite. Then the four teams with the most votes can get added to a seed 5 pool. Wouldn't take too long to initiate, and it makes the cup more attractive imo.

But anyway, just an idea, if you're settled on 16 teams then so be it. Great initiative anyway, should be fun to play an online CoD competition again.
11 months ago

swalky still my champion
12 months ago 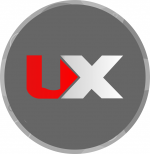