I have an issue with getting kicked from PB servers since last Windows 10 update.
After 2 mins in game, I get kicked with message:

Reinstalled Cod2, reinstalled PunkBuster 10 times, updated, copied other folders from people that have it working, ran PBSVC.exe 10 times, everything without errors, in task manager PnkbstrA.exe is running, and after starting Cod2 PnkbstrB.exe is running.

I don't know what else to do, any ideas? 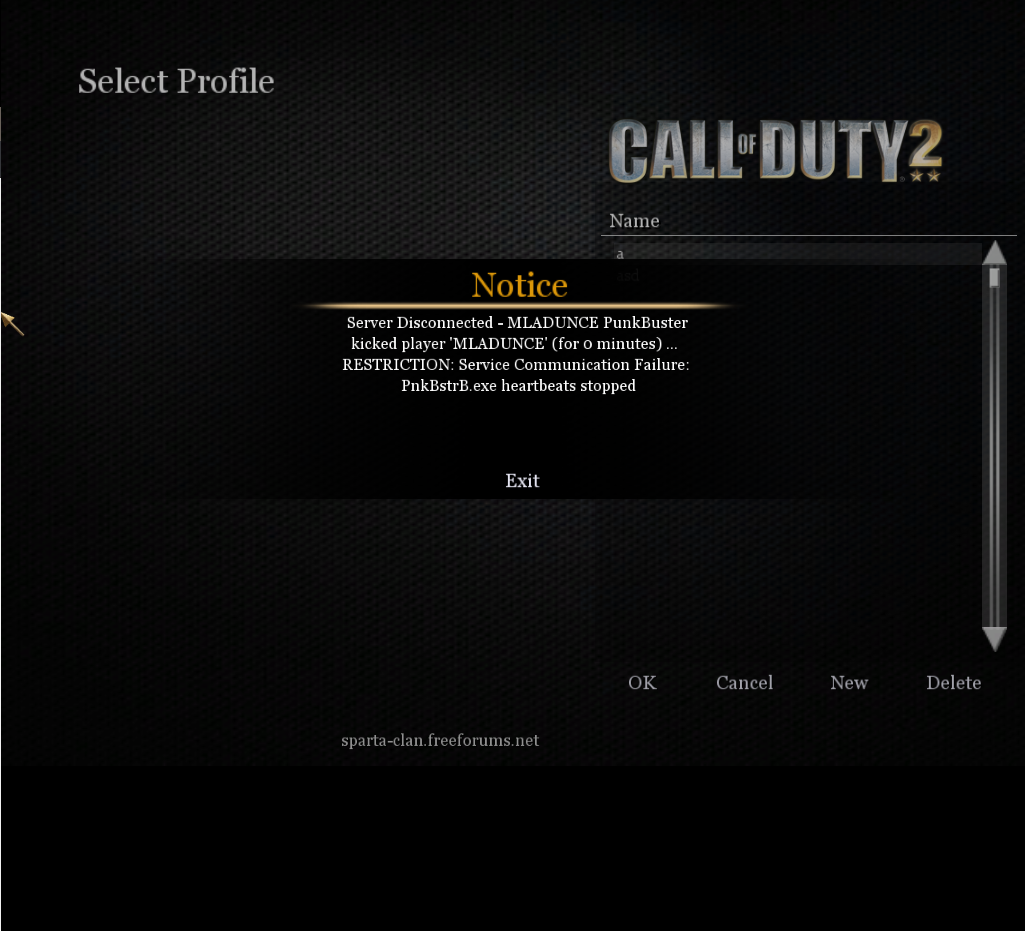 Do you have an antivirus installed?

Only the Windows 10 antivirus

I got the same problem here. I tried to put my firewall off, delete punkbuster b in registry, but nothing seems to work.

Check if you have 2 different pb folders.
I know that some people have a pb folder in their main install folder + an other one in their hidden appdata (i think).

Try using a pb folder of a friend (that you trust) and replace both folders.

I have this problem, too. Replacing the folder or reinstalling PB doesn't help. What seems to help is when I reboot the computer before loading the game and then type pb_security 0 into the console before I join the server.
Also, check your Windows firewall, maybe the application does not have an exception in both "private" and "public". The firewall can be what blocks it during the game, too.

Let me know if you find a permanent solution, please.

i got it fixed, it seems to be in the registery. I had the problem fixed it and then did a windows update. If you find the punkbuster b in the //:c/windows/system32/punkbuster and delete the punkbuster b. Then do a restart and run pbsv.exe or in the diff order.

That seems to have worked for me, too. Thanks!

So, scratch that, didn’t solve it for me after all, still getting kicked..

So any solutions now? For me it happens when I change from new eyza fucking mode to old zpam. If anyone find any other solution please reply, thank you.